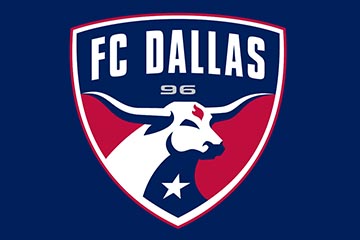 FC Dallas is playing the Sporting Kansas City at the Toyota Stadium in Frisco, Texas on Sunday, October 9, 2022 at 4:00 PM.

FC Dallas is an American professional soccer club based in the Dallas–Fort Worth metroplex. The club competes as a member of the Western Conference in Major League Soccer (MLS). The franchise began play in 1996 as a charter club of the league. The club was founded in 1995 as the Dallas Burn before adopting its current name in 2004. Dallas plays its home games at their 20,500-capacity soccer-specific Toyota Stadium (located in Frisco, Texas), where they have played since 2005. In 2016 they won their first Supporters’ Shield. In 2010 they were runners-up in the MLS Cup, losing to the Colorado Rapids in extra time. The team has won the U.S. Open Cup on two occasions (1997 and 2016).