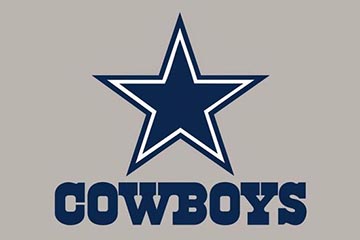 View Pricing, Best Seats, and Availability
StubHub is a trusted resale marketplace, not a box office or venue. Prices may be above or below face value.

The Dallas Cowboys are a professional American football team based in the Dallas–Fort Worth metroplex. The Cowboys compete in the National Football League (NFL) as a member club of the league’s National Football Conference (NFC) East division. The team is headquartered in Frisco, Texas, and has been playing its home games at AT&T Stadium in Arlington, Texas, since its opening in 2009. The stadium took its current name prior to the 2013 season. In January 2020 it was announced that Mike McCarthy had been hired as head coach of the Cowboys. He is the ninth in the team’s history. McCarthy follows Jason Garrett, who coached the team from 2010–2019.